When this bet was made back in July 2014 a part of me thought that one, if not all of us would probably knock this milestone off within a few months.  How hard could it be to shave 2-3 minutes off our 5k time?  It seems my optimism was misplaced as we find ourselves in April with still no real assault on our goal.  This was all about to change.

On the eve of parkrun day I declared to Twitter that I would be making my first attempt to run a 19 minute something seconds 5k.  The plan was to run at Burgess parkrun on Saturday 4th April, a course recommended to me by Neil, one of my Kent AC running buddies (Who incidentally writes a great blog on running history here).  Burgess parkrun is flat, very flat indeed, so it really lends itself to quick times.

To avoid public humiliation I had to go quick given that it was out there on social media.  I was sure that a shoot and a miss would be forgiven but if I detonated and missed by a long way, any ridicule would be deserved.  So what do you do when you're PB hunting? You follow the routine.  This consists of the following steps:


I stuck to the routine and toed the start line raring to go.  I was conscious not to get stuck at any pinch points so set off fast.  I carried this speed through the first mile and was surprised to see that I'd covered it 6'01".  The pace I was aiming for was 6'26" minute miles so I knew I'd done too much, too soon.  This became very apparent on the next mile where I barely managed to keep it under 7 minutes.  As I came to the finish straight, about 400m on this particular course, I tried to up the pace again but I had nothing left.  It was all I could do to stumble across the line, no sprint finish in sight. 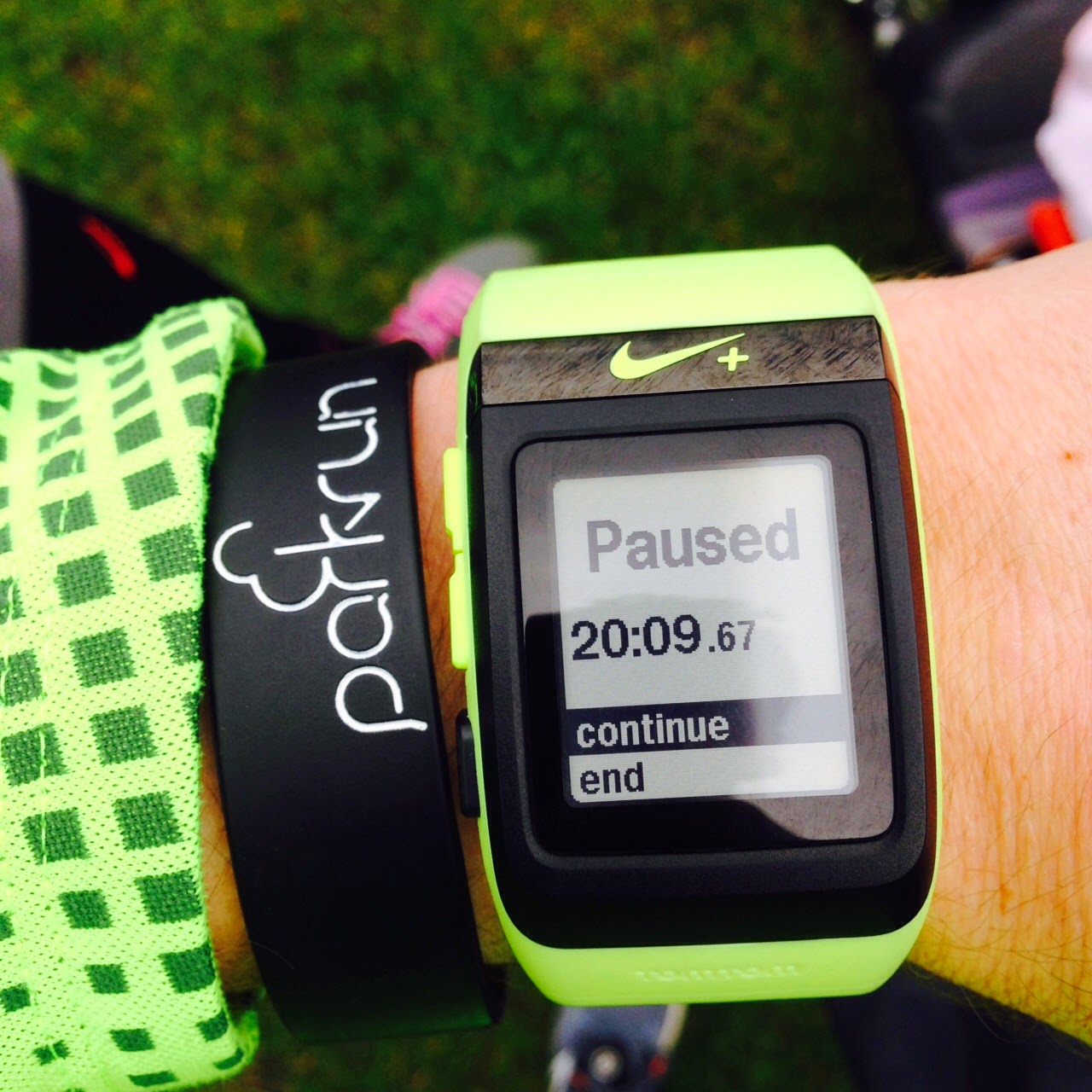 The time stared back at me.  I'd missed my mark by 10 seconds.  I'd assumed I'd feel disappointed should I fail my first attempt at Sub 20, but I didn't.  Instead I felt pleased that I'd been so close and that there were still improvements to make.

Next on the hit list is Fulham Palace parkrun, another fast flat course.  The three of us are heading there tomorrow for a showdown. The routine will be implemented.  Will the bet be over or will we have to wait?